My first novel, Interstellar Caveman, hasn’t even been released yet (it’s coming Tuesday 19 November), but a release date for the sequel, Faulty Prophet, has already been announced.

That means you’ll only have to wait a month to continue the interstellar adventure.

It will be available as paperback or ebook as well as Audible audiobook narrated by Steve West. 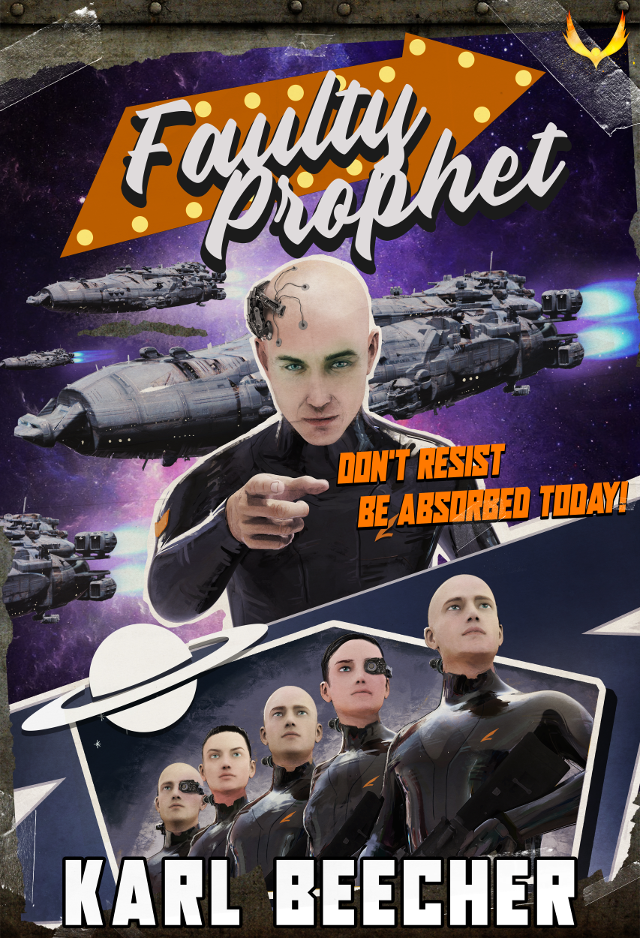 “Colin’s supposed to deliver a prophecy. Problem is, he forgot what to say…“